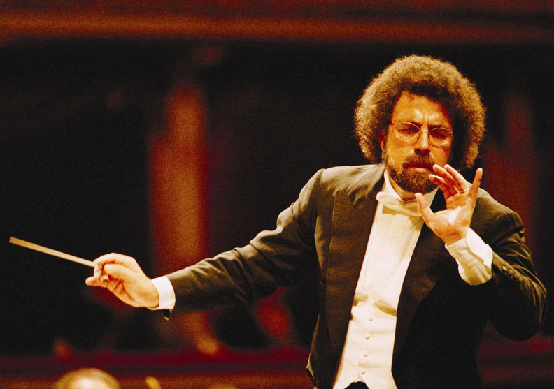 Tweet
“Live as if you were to die tomorrow. Learn as if you were to live forever" : this quote is from Mahatma Ghandi, and can be beautifully illustrated by the life and career of late conductor Giuseppe Sinopoli. An inspiring example for all lifetime learners!

Last week I had a discussion with my neighbor, an 87-year old German lady. Her son is a conductor and music often comes up as a topic. On that day she came to mention Giuseppe Sinopoli, a late conductor and composer who became famous in the 80s and 90s. She told me that this man had also many abilities beyond the music world, and even had degrees in areas like anthropology, psychology and archeology.

I was baffled by this disconcerting mixture of scientific and artistic achievements in a single lifetime. I googled a bit about this man, and it confirmed what my wise neighbor told me: a highly successful conductor and composer, Giuseppe Sinopoli managed to graduate twice at Padova Medicine University in anthropology and psychoanalysis, and was very close to graduate in archeology (Egyptology, Roma University) when he died dramatically on stage, performing Verdi’s Aida in Berlin Opera in 2001 – he was only 54.

What a striking testimony to contradict those who think that learning at the age of 30, 40, 50, 60 and above is mainly about reading some books here and there, because time is too rare to do more! Sinopoli brilliantly showed that humans have a fantastic learning capacity: the limit is only the one we set for ourselves. And if he could do that several decades ago, imagine what we can do now with modern tools and all resources which digital transformation has enabled – e-learning, MOOC, online graduate programmes,….

Simple recipes for a lifetime learning

Some factors can help you enjoying and being successful at learning whenever in your life:
· Think BIG : it doesn’t matter if it is about changing a habit in your life or graduating as a physician, you should not be too shy to challenge your learning ability. Trust your potential! Don’t immediately cut out an option because it seems too obvious that you can’t do it – is it really impossible? And if the step seems to high in one shot, why not splitting in smaller steps and moving forward one after the other?
· Keep MOTIVATED : some learning challenges require to be motivated for a long while, and three ingredients are essential to maintain motivation:
- Self-direct your learning target: don’t let others choose for yourself what you are going to learn – choose something which you really, personally enjoy.
- Do your best: really learn because you want to be better, master your topic.
- Learn something which makes sense for you: nothing is more stimulating than a skill which is meaningful for your life and your values.
· …And last but not least, of course: have FUN !

For more details about the life of Giuseppe Sinopoli, two interesting obituaries available in the NYT and the Guardian.